If you need some motivation to get signed up and committed to your 2013 race season, HFP’s 4th Annual Spring Sale is quickly approaching at the end of March.  We’re offering 20% off all HFP Racings events from March 29-March 31 at Midnight. Use the code “HFPSPRINGSALE2013″ when registering for the following events: 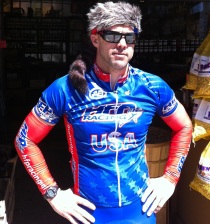 I can’t believe I’m writing this on Wednesday, March 13, 2013 while a near blinding snow storm is coming down on Granville, Ohio.  Just after finally getting to get outside and enjoy some extended time on my bike this past weekend (and get my first tan lines) Old Man Winter still seems to be hanging around.  It does not seem to be stopping folks from thinking about racing or getting signed up for events.  All our 2013 events are seeing record early season signups with the American Triple-T already sold out – waiting list spots are available.

If you need some motivation to get signed up and committed to some events, HFP’s 4th Annual Spring Sale is at the end of the month.  We’re offering 20% off select events from March 29-March 31 at Midnight. Use the code “HFPSPRINGSALE2013” when registering for the following events:

HFP’s training camp is on April 1-6 in Helen, GA and has a record number of campers (23) attending this annual spring get-a-way in the White Mountains of Helen, Georgia.  For many of us it will be a week to get our MoJo back from the long cold winter and to get some much needed fitness before the race season get’s cranked up the following weekend.

Elyse from Venus Fitness for Her sent me an update on her ladies only triathlon training program.  Here are more details:
Ladies Only Triathlon Training REGISTRATION IS OPEN!  We are gearing up for our best summer yet and we want YOU to be a part of it!  Even though our super early bird special is over, we are still offering a discount for those of you who plan ahead.  We specialize in beginner and intermediate triathlon training for women in the Cincinnati area.read more…

In this months newsletter I interview our new timing director, Tony Terentowicz.  Though the season has yet to get started Tony has been a huge asset to our focus on taking our timing to the next level. During this brief interview Tony tells us a little about himself and what his plans are for the 2013 race season.

Looking forward to seeing many you soon at our April races.

Get ready to Bring it!
Shannon Kurek
aka HFP Man

GET READY TO RACE! 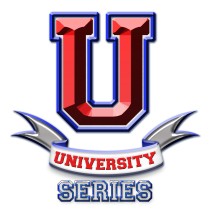 Next up is the exciting Miami University Student Foundation Triathlon on Saturday, April 20.  This annual triathlon tests contestants in three areas of physical skill: swimming, biking, and running. Join us on April 20, 2013 at 7:00am for our 8th annual Triathlon on the campus of Miami University in Oxford, Ohio. The race features a distance short enough for that early-season race. Take on the course alone or team up with friends as a 3-person team. A sprint triathlon is perfect for your first triathlon or just another notch on your fuel belt. All proceeds benefit student scholarships at Miami University. [GET REGISTERED]

5K Run: A traditional 5K run that will start on the 50-yard line of Peden Stadium and finish at Tailgreat Park. [GET REGISTERED]

Mud Run: A non-traditional run, and the first in Athens, that starts on the 50-yard line of Peden Stadium and heads up to and through the Army ROTC Challenge course at the Ridges, through mud pits and obstacles, before heading down to a slip-n-slide finish line at Tailgreat Park. [GET REGISTERED]

Athletes in Action Triathlon & Duathlon: A short sprint format (500 meter Swim/5k run, 15 mile Bike, 5K Run) that begins at the Ohio University Aquatic Center, heading out of town on a challenging bike course before returning to campus to complete a 5K run and finish at Tailgreat Park. Participants can choose to race alone, or team up with friends, family, or co-workers and enter as a three-person relay. [GET REGISTERED]