A triathlon achievement of epic proportions!

Experience 3 consecutive days of racing, gelling together 4 races covering a total of more than 140 miles for the weekend. You will find yourself swimming in the chilly spring-fed lakes, riding the most technically challenging hills in Ohio, and finishing with breathtaking runs along the trail systems climbing and descending those same hillsides. 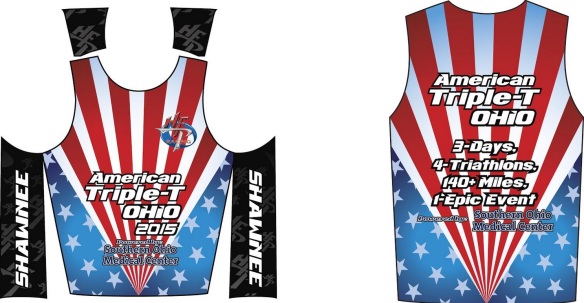 The much anticipated FIT Family Series Champion GO FAST MULTISPORT CHASE TO THE CHAMPIONSHIP tri tops have finally arrived in Granville, Ohio. These will be shipping out to all the deserving Champions on Thursday, March 26.

Thanks for your patience!

The second annual Mohican Endurance Festival will be on Sunday, June 28 and feature a Mini, Sprint, Olympic & Half distance triathlon and duathlon. All events will start and finish at the beautiful Pleasant Hill Lake Park in Perrysville, Ohio.

Triathletes will start and finish their swim from the beach at Pleasant Hill Lake while duathletes will be enjoying an opening run on the trails within the park. Following the opening swim or run participants will take on bike courses that feature the challenging terrain surrounding the the Mohican State Forest. Participants will finish their epic event with a challenging trail run featuring breathtaking views of Pleasant Hill Lake Park.

Each finisher will receive a coveted Mohican Endurance Festival Finisher belt buckle with the size determined by the distance conquered. Due to size limitations at Pleasant Hill Lake Park there will be a limit of 500 total participants for this event. We anticipate a very early sell out.

Changes for the 2015 Mohican Endurance Festival

Join us on May 9, 2015 at 7:00am for our 10th annual Triathlon (and now duathlon) on the campus of Miami University in Oxford, Ohio. The race features a distance short enough for that early-season race. Take on the course alone or team up with friends as a 3-person team. A sprint triathlon is perfect for your first triathlon or just another notch on your fuel belt. 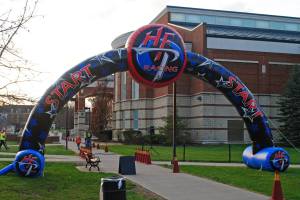 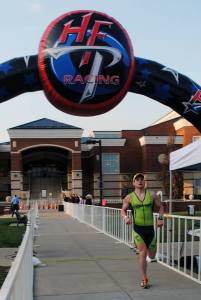 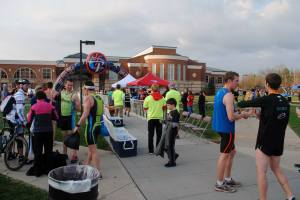 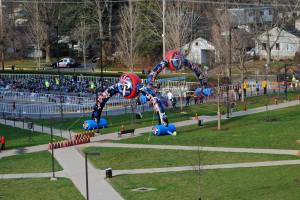 Nationally recognized as one of the most outstanding undergraduate institutions, Miami University is a public university located in Oxford, Ohio. With a student body of 16,000, Miami effectively combines a wide range of strong academic programs with the personal attention ordinarily found only at much smaller institutions.

I know spring is not officially here until March 20th but how awesome was it this weekend to actually see the sun for more than 15 minutes and be able to get outside without your Carhart’s on (I have a pair of camo ones). More importantly, to look at the 10 day forecast and not see another “Winter Storm” brewing…YES Spring IS coming. It’s funny how quickly we think 39 degrees is sooo warm. My boys were riding their half pipe (which was still surrounding by snow on the ground) on Monday with no shirts on (the above photo is from last summer). I too was getting a little over heated doing my daily errands with my “heavy” sweater on…complaining to my wife at my wardrobe selection for the day. Though I dread winters like everyone else and at times wish I lived elsewhere during our winters, Spring is something that year after year is like a promise from God that there are good things to come. Regardless of how down the winter has you, Spring and what Spring brings to all of us is something we get to enjoy every season. Ecclesiastes 3:1 reads “For everything there is a season, a time for every activity under heaven.” What a great verse for a triathlete living in the Mideast.

HFP Racing Spring Super Sale with a 20% OFF sale!

Traditionally HFP Racing has offered an annual Super Sale for 25% from January 1-15 and 20% off Spring Super Sale from April 1-15 that gives our loyal customers a chance to save some money while planning their season AND don’t forget our 15% off Summer Super Sale on July 27-31 that is good for HFP’s August & September events.

After enduring such an awful winter, the race season kind of snuck up on most of us. But like it or not (we know you like it)…race season is right around the corner and in just over a month from now we’ll be racing at Ohio University at the season opening triathlon and duathlon. There’s no better way to get your season started than by saving some money. The sale starts at 12:01am on April 1 (we’re not fooling) and will go through Midnight on April 15.

Looking forward to seeing you at a race soon.

Use the code “SPRING-SUPER-SALE-2015″ when registering for any of the below races to save 20% (sorry..discounts are not retroactive):

BATTLE OF THE BRICKS TRIATHLON SERIES

HFP Racing is excited to announce the addition of the Battle of the Bricks Triathlon Series. This series partners two existing races the OhioHealth O’Bleness Hospital Race for a Reason—Athletes in Action Triathlon/Duathlon and the Miami University Triathlon/Duathlon. This is an extension of the annual all-sports series between the Ohio University Bobcats and the Miami University RedHawks. Founded in 1804 and 1809, both Ohio and Miami are well known for their beautiful red brick campuses as well as their competition in both academics and intercollegiate athletics. There will be a Battle of the Bricks Triathlon/Duathlon Series award winner in all triathlon and duathlon age groups. Winners will be determined by the fastest combined times from both races and will receive an authentic Athens or Oxford Block brick. If you’ve already registered for one of these races you will receive an email with a $10 discount code for the other race. If you haven’t registered but desire to compete in this series you can use the discount code BATTLEOFTHEBRICKS to receive $5 off each race.